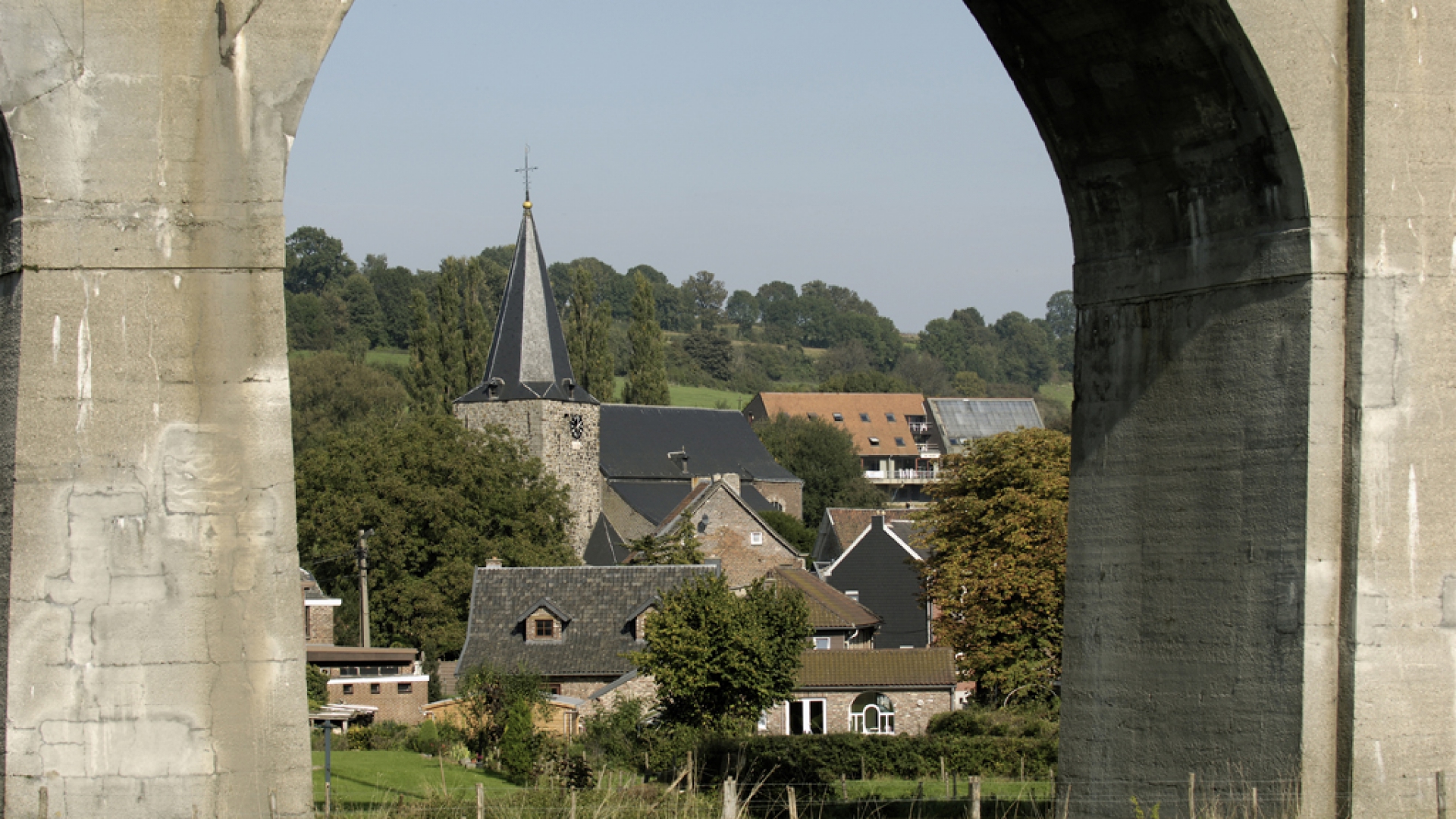 The village is dominated by the tall ( 23 metres) railway bridge. It is part of the rail connection Tongeren-Aken, built by the Germans in the Great War (World War I). This highlevel overpass links the railway line to the longest rail tunnel of Flanders (2070 metres). The longest railbridge in the country, viz. in Moresnet, is also part of this rail connection.

The steeple of the St-Martinus church dates back to the 13th century. Reverend Veltmans (1866- 1954) is buried to the left of the church tower. He played an important role in saving the Dutch character of the Voer region. Among the old tombstones on the churchyard there is one from the 16h century. It can be found just behind the graves of an RAF aircraft crew, (their plane crashed in 1944).

A little further along the road the Veltmanshuis may be found, named after reverend Veltmans, a former chapterhouse from the first half of the 18th century. Until 1971 it served as the presbytery. Now it is the Cultural Centre of the Flemish Community.

The two central Voer villages of St-Martens and St Pietersvoeren have a concentration of flintstone buildings unequalled anywhere in Flanders. Especially the hamlet of Veurs has a great many old timber frame farmhouses, so characteristic of this region. Most of these dwellings date back to the 18th or the beginning of the 19th century. 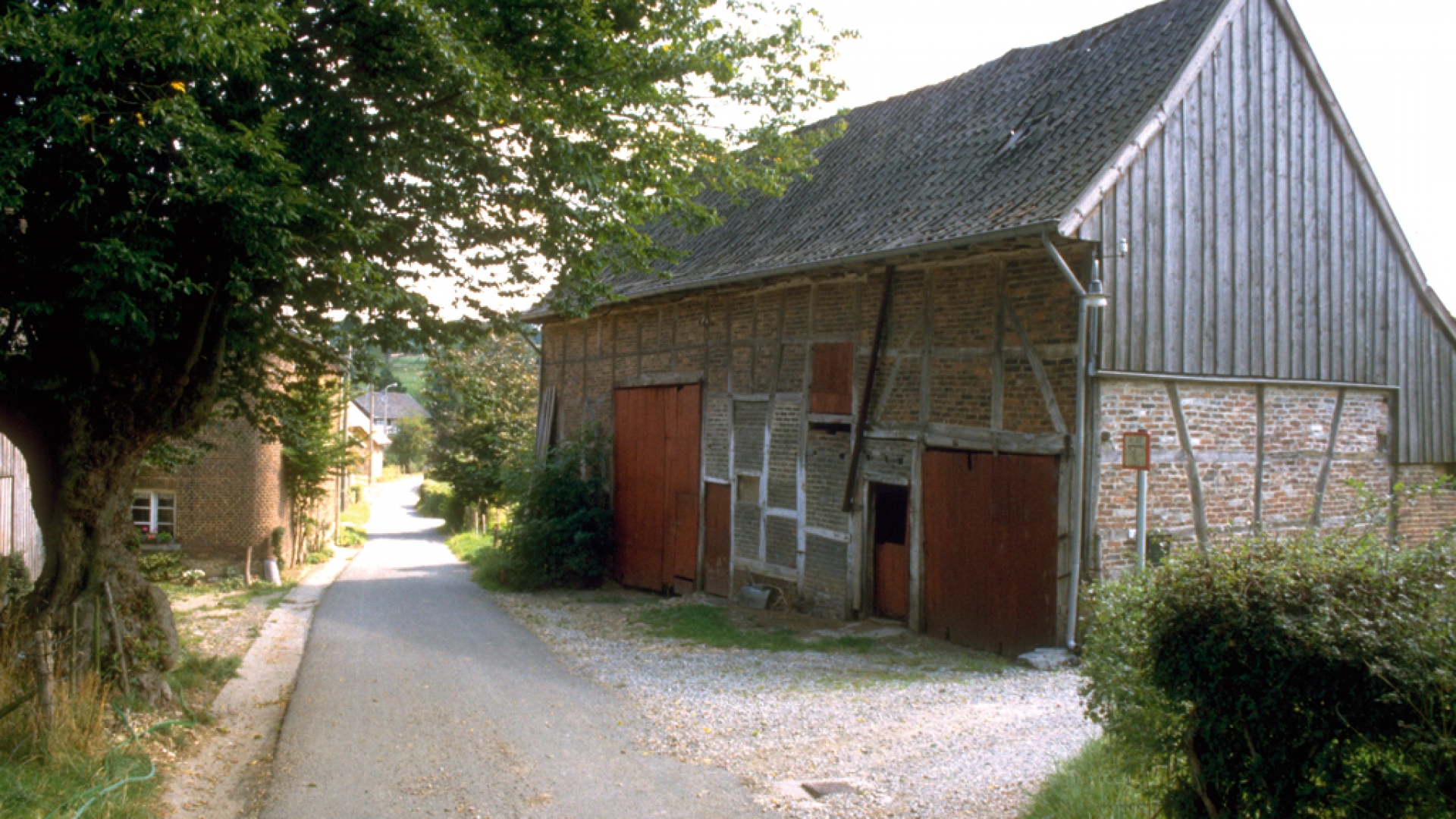